Through advanced internet and data analysis technology, InsurTech startups are ready to disrupt the insurance industry. Other than online brokers, these new ventures have unique structures and approaches to disrupt the legacy industry, making it more transparent, personalized, and customer-driven with different business models. However, as insurance is a capital intensive and highly regulated industry, the financial structure of the carrier of InsurTech startup is quite distinct from other ventures. 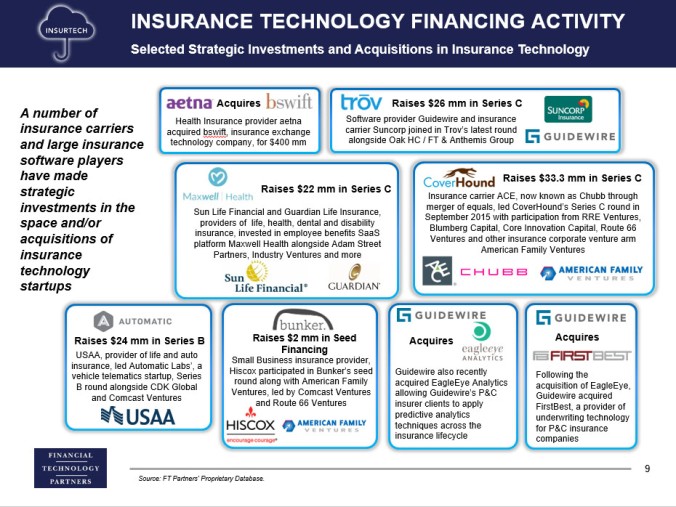 For licensed insurance carrier companies, revenue is represented as gross written premium(GWP), meaning the sum of the amount users pay for the insurance coverage. On the cost side, there are user acquisition costs and claim payments that need be deducted from the GWP to get profit. Most traditional carrier insurance companies heavily rely on the brokers to acquire users and share part of the premium with brokers. However, for InsurTech companies with carrier licenses, the online channel becomes the best way to acquire users instead of door-to-door brokers. With the direct and instant feedback from users, these companies are capable of customizing coverage and packaging the product to fulfill customer demands and acquire more users. Many InsurTech companies bet on this difference to compete with traditional insurance carriers.

However, for insurance carrier companies, most governments have strict constraints and requirements for their capital structure. To make sure the carrier would have the capability to fulfill the emergent requests of considerable claims filed, these companies are required to reserve a huge portion of the acquired premium until the claims are expired. Thus, before expiration, these premiums cannot be used for operational expenses, be counted as free cash flow, or be included in WACC as the factor of company valuation. You might think, “It doesn’t matter, nowadays nobody is still using DCF. Estimating the value through multiples with the growing potential is more interesting.” Another fact in the industry is with the high requirement initial fund, once a startup gets the insurance license and becomes able to put new insurance packages online, the valuation of the company normally jumps higher instantly, meaning that most investors believe licenses are the main hurdle and the risk of the business becomes lower afterwards. Clearly, the valuation of the licensed carrier ventures would be much higher than the InsurTech ventures with only comparison or broker service.

InsurTech is a capital-intensive industry, same as the traditional insurance industry. Especially for carriers, higher risk means higher return. As such, the ability to fundraise, differentiation with other carriers, user data-mining skills, and an understanding of user demand to customize the package become the key success factors to standout from this growing but increasingly crowded sector.

VC loves Insurance, even if you don’t – TechCrunch